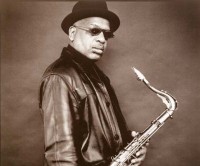 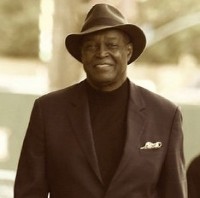 Each 'cutting contest' will be presided over by experts and players of jazz music. The line up of judges including a Gran Finale Judge drawing from living jazz legends includes:

Bill Saxton_
Bill was born in Harlem and attended NYC public schools. His music career spans from the late 1960’s to the present. After graduating from The New England Conservatory of Music in Boston with a degree in jazz music, he went on to appear with and/or record with jazz giants, such as Roy Haynes, Jackie McLean, Clark Terry, Nancy Wilson, The Duke Ellington Orchestra, The Count Basie Orchestra, Frank Foster, Carmen McRae, Mongo Santa Maria, Roy Ayers, Barry Harris, Tito Puente, and Charles Tolliver, to name a few.

Saxton toured with the US State Department extensively in West Africa. He went on to play across Europe and into Japan and the Caribbean. The White House honored him during Black Music Month, The Harlem Jazz Museum featured his life and The Library of Music at New York’s Lincoln Center housed his induction as a Jazz Legend.

In Harlem he also established himself as a bandleader of world class musicians for over ten years being joined by Bobby Watson, Hilton Ruiz, Bobby Forester and John Hicks.

Bill has composed more than 80 musical compositions. Tunes such as “Beneath the Surface”, “One for Booker” and “Priorities” earned a three star rating and critical acclaim in Downbeat and BeBop and Beyond magazines.

Bill rejuvenated a historical jazz landmark when he opened “Bill’s Place” in 2006. In 1927 during prohibition, the famous Swing Street, 133rd Street between Lenox and Seventh Avenues, was the after hours hangout for Duke Ellington, Fats Waller, Moms Mabley, Langston Hughes, and the like. The popular joint at 148 West 133rd, a speakeasy, was home to Willie the Lion Smith on piano and a place in Harlem, for little known, young Billie Holiday. This space is now alive and full of the spirit of the jazz of the past.

Bill’s Place is continuing the purist legacy of serious straight-ahead-jazz. Bill Saxton lives his African American heritage and represents Harlem at its best. He is Jazz.

He has been featured the following Movie Soundtracks: THE COTTON CLUB, SCHOOL DAZE, AWAKENINGS, SOUL TO SOUL and BABY BOY.

Fred Staton_
Born in Pittsburgh, PA on Valentine's Day, February 14, 1915, Fred Staton's career has spanned the history of jazz and found him performing alongside some of the music's most prominent players, including Erroll Garner, Art Blakey, Horace Silver, and "Take the 'A' Train" composer Billy Strayhorn.

He won that Emmy for his work on the 1968 ABC film "LSD: The Trip to Where?" Fred's life and the pursuit of his dreams in music - most notably, his dream to perform for U.S. President Barack Obama - is encouragement to us all that a life well lived is one that is filled with love and dedication.

Fred, whose sister is the late Jazz/Blues songstress, Dakota Staton, is evidence of the power of jazz and the importance of living a life of passion, no matter one's age.

Hank Thomas
Hank Thomas, is a jazz musician, film producer, real estate developer and stock broker. Touring through Europe in the early 70's with his tenor his broad experience of playing internationally shapes his vision of jazz. Married to scholar and photographer Deb Willis and father of artist Hank Willis Thomas, he is an inspirational storyteller and a lifelong advocate for jazz.