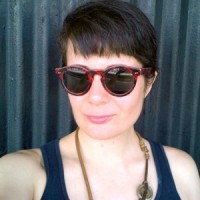 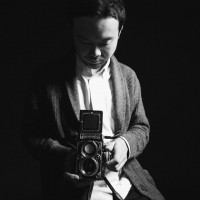 The Film Crew organized by Bradly Dever Treadaway is composed of:

Meryl Feigenberg
Meryl Feigenberg is an artist and educator. After graduating from the International Center of Photography Meryl now works across photography, video, and text exploring ideas of (dis)connection and fragmentation. In addition to her own work she teaches art and photography to young people.

Patricia Silva
Patricia Silva is Lisbon-born, New York-based artist and collaborator working with video, photography, and the written word. Most recently, Patricia has exhibited visual works in the Berlin Biennale (2011), at the International Center of Photography's Pavilion (2013) and had a publication on view at the International Center of Photography's Triennial: A Different Kind of Order (2013). Patricia studied Traditional and Digital photography at the School of Visual Arts and earned a Masters' Degree in Advanced Photographic Study from Bard College.

Tomo Morisawa
Tomo Morisawa is a photographer and artist currently based in New York. Originally from Kyoto, Japan, he had lived and studied in the UK for more than a decade, where he received his PhD in Sociocultural Anthropology from the University of Oxford. His work is informed by the extensive knowledge of visual anthropology, cultural theory, and Japanese ethnography. His ongoing projects examine the intersection between personal memory and cultural history in the Japanese context (Unwanted Histories), and the ways in which desire shapes and is remade through photography (Desiring Photography).

Tomo is currently enrolled at General Studies in Photography program at the International Center of Photography (Class of 2016), New York.